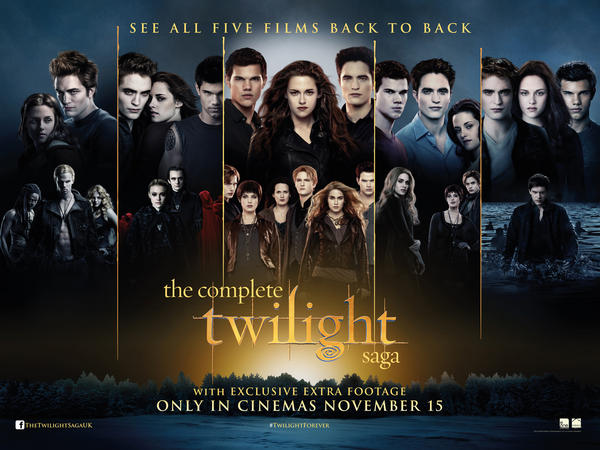 Info: Twilight UK has released a poster to promote the recently announced Twilight Saga Marathons happening in the United States and the United Kingdom.

Earlier this week we told you that Twilight Saga Marathons will be hosted in movie theaters across the country and also provide fans with Breaking Dawn – Part 2 two hours earlier than regular screenings.

Tickets for both the Twilight Saga Marathons and Breaking Dawn – Part 2 go on sale October 1 at 12 AM ET (sharp!). You’ll be able to snap up your tickets immediately to ensure that you get a great seat.

The Marathon will be happening in theaters on November 15, with Breaking Dawn – Part 2 officially being released the next day, November 16.

By the way Summit is planning something: RT @HisGoldenEyes: Summit will be running a fan "thank you" ad in the New York Times on 11/11. You can include your name when you enter the @Fandango contest.