Title: Soulmate
Author: tinaababy
Characters/Pairings:Edward/Bella
Rating: M
Category: Family/Angst/Romance.
Summary:Edward Masen is a single father, ex-con, and an ex drug user. He and his child move to Forks for a fresh start. Bella Swan is a straight edge young woman. When these two people meet, the attraction is inexplicable. AH/M. 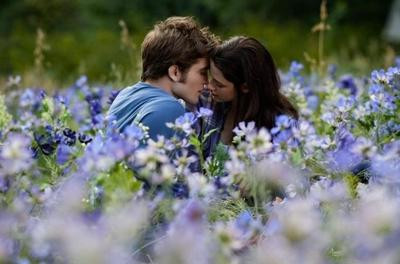 The Twilight Saga: Eclipse hit DVD and Blu-ray over the weekend, and the commentary track provided by Robert Pattinson and Kristen Stewart is among the highlights. Listening to it, you realize two things: She really hated the wig she had to wear (her hair was still Joan Jett short from filming The Runaways), and this could be the longest you’ve ever heard them talk as themselves. She’s a lot looser than she was on the commentary for the first film, and he’s even more willing to comically question Bella’s and Edward’s motives. They laugh constantly — especially throughout their disagreements below about whether Bella should continue her friendship with Jacob even though she knows it upsets Edward. He may just have been pushing her buttons (had they been in the same city when recording the track, he would have been slapped, playfully, repeatedly), but he might also be on to something: Is there a double standard when it comes to women in relationships being able to have male friends but men in relationships not being able to have female friends? Discuss.

Title: Eros
Author: ExpensiveTastes (fanfic.net)
Characters/Pairing: Edward/Bella (+ other canon pairings on the side)
Rating: M
Summary: Bella Swan is an overachieving freshman who can hold her own. Edward Cullen is the president of the fraternity Phi Chi Kappa whose idea of 'looking to the future' is ordering a keg for the weekend three days in advance. Both attend Monroe Bradbury University intent on getting the best experience college has to offer - in two very different ways. Can romance and companionship help this unlikely pair find the balance between having fun and taking education seriously? With their friends by their sides they learn that maybe college is about more than parties or grades - maybe it's about growing up. Welcome to Monroe Bradbury University. It's going to be quite a year.