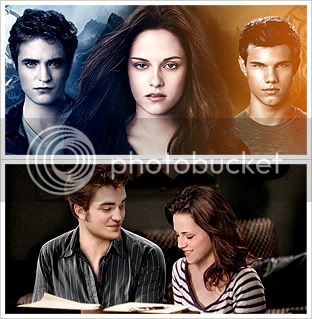 Here's an interview with Tú. Basically all your standard Remember Me questions, but he also talks about writing music, how he does it, is he doing it right now, will he ever write for another movie, etc. also, he's seen the trailer for Eclipse, obviously. It's a very good read.

The scans can be found here, nothing entirely new in them, and the full interview is after the cut.

EXCLUSIVE: Add this name to the list of high-end auteurs who are being considered for the director's chair on "Breaking Dawn:" Stephen Daldry.
Yep, that Stephen Daldry, the man who directed such Oscar fare as "Billy Elliot," "The Reader" and "The Hours."

Daldry joins a list that includes Sofia Coppola, Bill Condon and Gus Van Sant, all of whom have been approached about taking on the fourth film in the "Twilight" franchise. Like those three, there are not yet indications Daldry would actually take the gig, but the fact that Summit Entertainment, the studio behind the films, has reached out to him suggests where its intentions lie for the fourth film.

By this point nothing should surprise us about the names Summit is considering. (Well, James Cameron would surprise us. But he's pretty much the only one.) The fourth book contains more complicated material as the story opens up (warning: spoiler alert), with part of the novel written from werewolf Jacob's perspective and Kristen Stewart's Bella Swan carrying a child.

Those credentials make taking on a global teen phenomenon seem unlikely, though there are reasons to think it could work. The director is well-versed in depicting forbidden love (a "Twilight" staple) with "The Reader" and "The Hours." And he's adept at themes of family alienation, also a franchise fixture, which ran under "Billy Elliot." Also, like most of the others, Daldry doesn't yet have a new film.

The fourth "Twilight" movie -- which will likely take only a piece of "Breaking Dawn" as the film is split into two -- will in all likelihood be shot in the fall. That gives Summit a little more time to comb through high-end directors. Academy Award winners, take note: Vampires and werewolves are coming for you.

"It was the night he'd been waiting for all his life but he looked unaffected, apathetic even. He asked me how Bella was."

Summary: She takes a trip from her predictable, jaded, picture-perfect life to
the edge of nowhere. She doesn't care. And it doesn't really matter. Does love
conquer everything?

You won't see heartthrob Robert Pattinson spending money on extravagant homes or fancy cars or flitting from one red carpet to another.

"That’s not my scene," he told me at the recent BAFTA Award ceremony in London. I’m more than happy to do the normal things and buy the things I bought before all this madness kicked off."

In fact, the 23-year-old actor, known among British media as "Our Patz," said he was stunned to open the tabloids and find pictures of himself "buying underwear at my local store."

"These guys must be hiding in the rails or something," he said of the paparazzi. The star of the "Twilight" movies, born in West London, said, "I didn’t go into acting because I wanted to be famous, I got into acting because I loved the creation and the making of good credible drama. Fame is just an extra added on."

Back in London to film "Bel Ami" with "Kill Bill" star Uma Thurman, Pattinson admits that he is unsure of what to do at premieres and other red carpet events. "Although I like meeting fans and love the response from them," he said, "I’m far happier going down to my local pub, having a drink and sitting chatting to friends. That’s when I’m most relaxed."

Pattinson also expressed admiration for his "Remember Me" co-star Pierce Brosnan, known to audiences for many years as cinema's James Bond.

"You get to learn so much from these people," Pattinson said, "and Pierce has always been an acting hero of mine."

tasharr
Characters/Parings: E/B
Rating: M
Category: Romance/Hurt/Comfort
Summary: He got broken. She closed herself off. Together they have both given up on love and have turned to alcohol, sex and parties as an antidote. Are their cuts too deep to be healed? When they finally meet will they admit their feelings or just run away from the truth.

For the rest of the lesson i felt suffocated, like the room was too small and that it brought Edward and I closer together in ours seats even though we were touching by our shoulders and thighs now. The electricity and sexual tension was so high that you could cut it with a knife. I'm sure even Jasper could feel it as he kept shifting further and further away from us. Poor guy. My left hand was rested on my knee, my fingertips digging into my jeans. I almost jumped when i felt his longer fingers touch mine and stroke my tense hand softly until they relaxed and intertwined with his.

eibbil_libbie
Characters/Pairing: B/E
Rating: PG-13 for now
Category: AU, very, very, very AU (see Author's note)
Spoilers: possible BD spoilers in character name only
Summary: The Cullens are a large clan of vampires living in relative harmony with the wolf pack from the nearby Quileute reservation and the humans in the town of Forks, Washington.

Until a nomad comes to town and shakes everything up.

Summary -  A night of drunken passion leads to an endless string of sexual affairs…An exciting prospect for many. But a complicated scenario, when it just so happens that the guy you’re screwing is your Dads Fiancées Son, your soon-to-be Step Brother. Surely this can’t end well…